Posted by Miglior acque at 1:23 pm No comments:


Also: how has it taken me so long to get back to blogging? I’m not entirely sure. I’ve been busy, and then I got out of the habit. I’ve missed it though, and would like to get back to bookish madness. You’ll have noticed that in the Books I’d Like to Own category on the sidebar, Enciclopedia virgiliana no longer appears. I wonder why? I know. Because now I have my own copy! I’ll blog about that, I hope. Soon. I also want to blog a review of Prue Shaw’s new book on Dante, as well as post a few more reviews.
Posted by Miglior acque at 7:58 pm 2 comments: 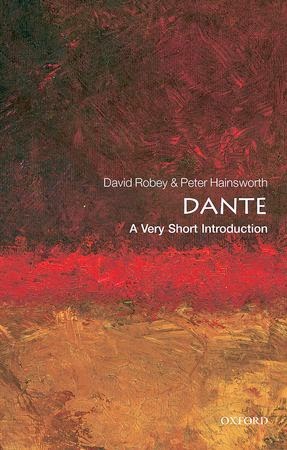 The lastest offering in OUP’s highly successful series ‘A Very Short Introduction’ is dedicated to Dante, perhaps one of the most widely recognized names of all of medieval literature. Rather appropriately it appears with another volume released the same week, Love: A Very Short Introduction. Perhaps they could be read as companion volumes, for love is one of the central themes in the Comedy, a term of constant engagement in Dante’s writing life. It is surprising that it has taken until now for Dante to appear in the VSI catalogue, which represents a kind of canon of authors, of ideas, of urgent and important questions. But a most welcome addition it is. The authors, David Robey and Peter Hainsworth, are two Italianists, medievalists, and Dantisti well known in the United Kingdom and beyond. Robey, for example, has devoted considerable energies to the computer analysis of poetry, and is the author of a fascinating monograph with OUP entitled Sound and Structure in the Divine Comedy (2000). Hainsworth was a Fellow and Tutor in Italian at Lady Margaret Hall for many years, and will probably be best known to readers for his book on Petrarch: Petrarch the Poet: An Introduction to the Rerum vulgarium fragmenta (Routledge, 1988, and now reissued in the ‘Routledge Revivals’ series). He has a very finely-tuned ear, and is, in many ways, a scholar of the old school, whose rigorous attention to the text, to the word, as a reader and as a translator, renders him urgently modern.

To write any of the Short Introductions must be a daunting task, but to write one on Dante seems to me particularly terrifying. The format requires clarity and compression, in equal measure (much like Dante, actually). The volume unfolds in an introduction and then six chapters: Autobiography; Truth; Writing; Humanity; Politics; and God. The book, then, sets Dante into a context, and emphasizes the importance of Dante as a character in his own work; ‘Writing’ is a lovely treatment of what Dante wrote, and in the case of the Comedy, how he wrote. ‘Humanity’ draws attention to the human, the fact that the whole Comedy is teeming with humans, and how frequently the poem explores, engages with, and is nourished by, the humanity of those figures. This leads on to human interactions, humans exercising power together, in ‘Politics’, a chapter that also draws attention to Dante’s own activities as a politician. Read the final chapter, ‘God’. Several ‘Boxes’ also illustrate particular aspects, such as ‘Dante’s hendecasyllable’ as well as three more giving the moral systems of each cantica. Nine illustrations also accompany the text, drawn from various sources, from the medieval (MS Holk. misc. 48), to the Renaissance (Botticelli’s illustration to Par 30), to the modern: Benigni reciting Dante in Piazza Santa Croce, with a statue of Dante dramatically towering over him, like the Giants in Inf 31. 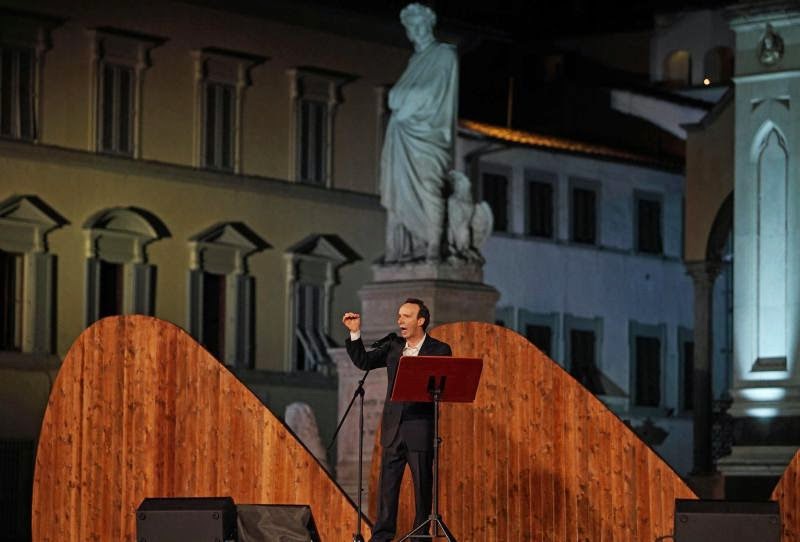 The ‘Very Short Introductions’ are now, in a way, a genre unto themselves, with their own momentum, their own rationale, their own audience. As such, this is an excellent ‘Short Introduction’ to Dante, with a wealth of finely observed detail, coupled with judiciously executed broad brush-strokes. As an invitation to read more Dante, and read him more carefully, more deeply, I think it will succeed.

Posted by Miglior acque at 12:52 pm No comments: