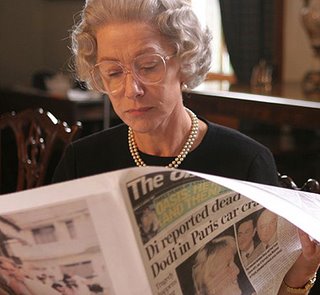 Originally intended for TV, Stephen Frears' account of the Queen (Helen Mirren) during the week between Diana's death and funeral at first glance does not really seem the stuff of a serious film. Opening with pictures of Tony Blair's landslide victory brushing aside eighteen years of Tory government the Queen is shown receiving him and inviting him to become her tenth PM. Comic moments abound and the temptation to caricature must have been unbearable, especially for the portrayels of the Duke of Edinburgh and the Queen Mother.

'That week' is seen here as a kind of fault line between a public who maintains a stiff upper lip ('It's what other countries admire us for!') and a public who responds to media manipulation and grooming. Tony Blair (Michael Sheen, looking disconcertingly like a young Rik Mayall) is then the PM with his finger on the pulse of the public, the man who was able to reflect the grief of the nation and quiver his chin in front of the cameras ('the people's princess', the phrase worked up by a wonderfully unpleasant Alastair Campbell ). It is fascinating to watch the film now and to feel so tired of exactly those attributes he's being praised for in the press during 'that week'. Now it's all part of the spin, then it was empathy.

The Queen wants to do her mourning in private on her Balmoral estate, 'with the boys'; the public want her crying on the balcony of Buckingham Palace, and Tony keeps ringing her to tell her that opinion polls are turning against her. It might not seem likely, but the film manages to carefully draw out the viewer's sympathy and the Queen is shown as a woman who took an oath of public duty, not to be a media darling or to occupy a temporary position but to dedicate her whole life to her people.

The climax of the film is beautiful. A large fourteen-point stag is spotted on the Balmoral estate and Phillip wants to take the boys out stalking to take their minds off things. This is a scene that has probably been repeated in royal families for a thousand years and more. The hunt is traditionally a passtime of royalty, and the stag has a fine aristocratic and noble heritage. The Queen goes out to a remote part of the estate and gets stuck in a stream in her Land Rover. While waiting for help she looks around in appreciation at the beautiful scenery and is overcome with the grief and upheavel of the previous days. The beautiful stag appears and comes very close to her and acknowledges her, almost bowing. She gestures back, and when she hears the hunt approaching, shoos the stag away to safety.

Just before she leaves for London Phillip tells her that the stag had been shot by a paying guest on a neighbouring estate, a merchant banker from London. She goes to visit the carcass on the estate and pays her respects. It is not that she finds it easier to show emotion over a dead stag than a dead daughter-in-law (though I'm sure many would read it that way), but rather the stag is the end of a whole way of life. Now the estates must take paying guests to keep their heads above water, and the stags are hunted by bankers rather than royals. It is the end of a way of life. And of course Diana is the goddess of hunting, and the stag's death is too the death of the former princess. Earl Spencer talked about Diana the hunter becoming the hunted, and this surely forms a subtext for the royals hunting the stag but being eventually killed by a member of the 'public', someone after the stag for a thrill and a story back with the city folk over dinner.

Helen Mirren is amazing, and the film is careful and artful. 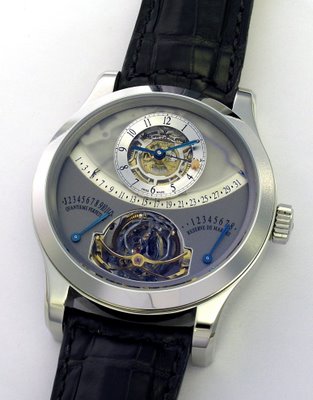 This is a prototype for Swiss watchmaker Jaeger Le-Coultre's new 'Gyrotourbillon', a very exquisite, very advanced design of watch which will be released in super-limited editions over the next few years. It has been developed by Eric Coudray and designer Magali Métrailler. This movie gives a sense of its almost impossible balance and complexity, and beauty. You feel almost like a medieval king watching something exotic and incredible: come orologio che ne chiami | ne l'ora che la sposa di Dio surge | a mattinar lo sposo perché l'ami (Par. X. 139-141). The clock Dante is talking about here is an early chime clock calling the monks to their prayers for the first of the canonical hours. Time belongs to God here. And Paradiso is a good place to have a clock, with its balance and measure and order.

Enjoy the Gyrotourbillon and think of Heaven.
Posted by Miglior acque at 12:28 pm No comments: 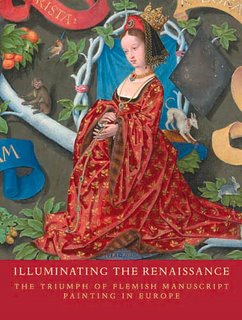 Before I went away for the summer I took a trip out to Bennett & Kerr where I wanted to pick up a copy of the Manuscript Tanner 346: A Facsimile, intro. Pamela Robinson. What I actually got was her own copy (or one of them at least), with her corrections in the margins. Very nice. While out there I met Richard Gameson, whom I had not met before. But when you are in B & K, out in the middle of the Oxfordshire countryside, in a medieval bookshop on a farm, you cannot really ignore another browser like you would in shop in the big city. It would be like trying to pretend you weren't passing someone on the Himalayas, or in the Arctic Circle. So it was a great pleasure to talk books with him, who knows a great deals about books.

But B & K had just acquired a large part of the library of Janet Backhouse, former Keeper of Manuscripts in the British Library, who died in Nov. 2004 at the too early age of 66. There were boxes and several shelves full of books from her library. It was quite sad to find yourself picking through her books, seeing her notes and cards in books. No matter how big your library gets, nor how learned you become, it will still end up in a secondhand bookshop, picked through by students and scholars trying to build up their own libraries with that book they've been searching for for years. And these in turn...

What I did pick up was a copy of catalogue of the Illuminating the Renaissance exhibition held at the Royal Academy in London Nov 29, 2003 - Feb. 22, 2004. This was an extraordinary exhibition and I remember it vividly. The catalogue had sold out. Backhouse has kept her invite to the opening ceremony of the exhibition, some newspaper reviews, and some of her Sotheby catalogue entries from the 70s for manuscripts featured in the catalogue. There is such a sense of care and attention to detail in these cut outs and inserts, and I found it quite moving.

And you get a sense of inheriting something, of needing to continue in the care and the attention to detail, not just for the sake of the subject, but for the sake of those who have gone before you and who have given so much. It's so easy to get carried away by the polemical and egocentric way many scholars open their work by explaining that every single scholar who has gone before has been so thick not to see this centrally important aspect but not to worry you're reading the real thing now (and can some wealthy American university please hire me and triple my salary, by the way). But just as you'll turn to dust, and your library will be dispersed, so too will your scholarship need to find a sympathetic reader who wishes to nurture rather than to destroy.

While in New York I passed a group of children all getting on a bus going to their summer camp, with the harrassed-looking teacher trying to make sure her charges were all accounted for. I read their t-shirts and thought it could be applied in lots situations and professions: Work Hard and Be Nice.
Posted by Miglior acque at 10:15 am No comments: 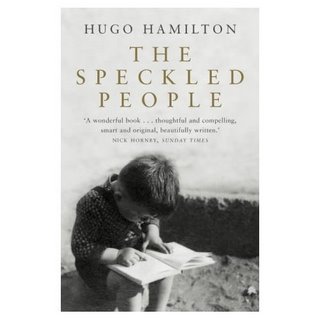 What a long time it has been! I've been away for the past five weeks, in Ireland, then in Italy, and now back. Have much to say, but am going to try to spread it out over a couple of posts so that it doesn't all feel breathless.
First, I read two books over the holidays. Alexander McCall Smith's Morality for Beautiful Girls (Abacus, 2003), part of his No. 1 Ladies Detective Agency, was not quite the read I had been expecting. They are not quite 'detective' stories, though some detecting does go on. Set in Botswana, the series has Mma Ramotswe as the heroine, a feisty and intelligent woman who runs a small detective agency. The blurbs and reviews are often very flattering about these books, and I've seen them being read on beaches, buses, etc. But I was disappointed. Perhaps the best way of describing the book is that it is charming, but maybe not in a good way.
The second book I read was Hugo Hamilton, The Speckled People (Fourth Estate, 2003). It is a beautiful read. The book is told in a child's voice, speaking his truths and things as they seem to him, with sometimes devastating simplicity and power. It is such a difficult voice to work with but Hamilton controls it utterly so that you hear him and more importantly you start to listen to him. A memoir in the traditional sense it is not. Nor can it really be considered 'The Early Years' volume. It is about the language crisis played out in his house between an Irish father who would only allow Irish to be spoken in the house, and a German mother, who communicated with them in German. English is the unspoken and unspeakable. It creates an atmosphere where you feel everything so keenly, words become hugely important. It was an utter pleasure to read and I think it can be legitimately considered a modern masterpiece of Irish writing. Read it.
I have also been making my way through Carol Ann Duffy's Rapture (Picador, 2005). I think it is interesting and at times very delicate and beautiful. I'll review it again I think.
Posted by Miglior acque at 5:19 pm 2 comments: