The Task(s) of the Translator 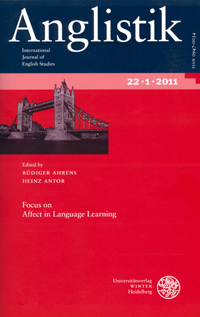 The lastest issue of Anglistik (21.1, March 2010) contains a cluster of essays on translation, edited by Colin Wilcockson and is entitled: 'Focus on Translating into English: Theories, Practices and Problems' (pp. 1-140); he has also written a prefatory essay. Several of these essays are on medieval literature and are noted below for anyone who is interested. Of particular note is the fact that almost all are highly experienced translators and so these meditations and observations will only add to our appreciation of their translations.

Elizabeth Dearnley, 'From Laȝamon to Caxton: The Evolution of the Middle English Translator's Prologue', pp. 13-25, is an examination of changing attitudes to translation through the prologues, mapped against the politico-linguistic situation in England, in particular the status of English, which underwent enormous changes throughout the period.

Bernard O'Donoghue, 'Translation Sir Gawain and the Green Knight', pp. 27-35, will appeal broadly for its incisive appreciation of the ever increasing numbers of translations of SGGK appearing in recent years. Particularly exciting is his laudatory reference to Jane Draycott's translation of Pearl, due out soon from Carcanet. Very much looking forward to that.

Barry Windeatt, 'Translating Troilus and Criseyde: Modernizing the Courtly Poetic', pp. 37-48, asserts that 'it is the courtly style - in all its formality, elevation and pattern - that proves most problematic and elusive to represent. This specialized idiom of courtly poetry is among what now seem the most culturally distant aspects of Chaucer's Troilus, remaining culturally untranslatable into the verse translation so far published' (p. 41). Windeatt goes on to explore further some aspects of this courtly idiom and highlights some particularly knotty passages that require hard choices on the part of a translator.

Colin Wilcockson, 'Some Problems in Translating Chaucer's Poetry into Modern Prose', pp. 49-58, takes its cue from Wilcockson's excellent translation for Penguin of a selection of Tales, and explores some of the challenges that he faced and the solutions for which he opted. These are often of a rhetorical nature, or have social implications, or centre on taboo words, as well as technical problems of forms of address no longer used in Present Day English.

Sioned Davies, 'Translating the Mabinogion', pp. 59-74, sees the work of a translator as necessarily one that aims to do justice to the acoustic dimension of the medieval text, to convey the performance features of the source language text: 'the medieval storyteller 'performed' his tales orally and visually before his audience; the medieval scribe wrote down tales intended for oral delivery - another 'performance'' (pp. 60-61). She goes on then to highlight a range of challenges to the translator of the Mabinogion, such as the order of the tales, punctuation, orthography, conjunctive cohesion and formulaic content, as well as direct speech and the use of the historical present.

R. Barton Palmer, 'Translation and Failure: The Example of Guillaume de Machaut', pp. 75-86, opens with some searching questions on the nature of translation, invoking Anton Popovič and his idea that source language and target language share an 'invariant core' (in 'The Concept of 'Shift of Expression' in Translation Analysis', in The Nature of Translation, ed. James Holmes [The Hague: Mouton, 1970], 127-144). Palmer continues: 'It may be a truth commonly acknowledged that translation is marked by failure. But we are less likely to proclaim that translations are most effective when their makers self-consciously identify the peculiar forms of that failure. This is a principle, I humbly suggest, that we academic translators of medieval texts might do well to keep always in mind' (p. 76). The article proceeds with what he describes as 'an anatomy of failure', drawing on his own experience as a translator.

Robin Kirkpatrick, 'Dante's Commedia: The Translation of Courtesy', pp. 93-114, opens wondering how we should address other people and begins a powerful meditation on courtesy. He observes that Dante's Commedia is 'a poem constructed almost entirely around conversations - between Dante as an actor in his own poem and the souls he encounters in the afterlife, and, equally, between Dante in propria persona and the texts such as Virgil's Aeneid, which he seeks to adjust (or 'translate') to his own purposes' (p. 93). The suggests that a general theory of translation might be developed as an act of courtesy, 'in which the translator stands as mediator not only between the words of the original text and the demands of the target language but also between the ethical principles that speak with differing nuance in differing cultures or epochs'. Kirkpatrick continues this beautiful article with examples of challenges facing the translator, solutions he himself has opted for, and brings them to bear upon a critical reading of the passages themselves. It ends by embracing the post-Babelic world of the translator. 'And if, as in Paradise when confronting the reality of God, there is no logical way in which the task can be successful, the performance itself will nonetheless have its own value. In this perspective, it should not matter at all that a translator discovers that there are umpteen previous versions of the text to which he is attending. Each new effort - like each new performance of a musical score - will stand as an enrichment and celebration of the original text' (p. 114).