Help. I think that may be what I need. Help. I have gone a little insane on the old book buying front lately and this term have been adding significantly to the Biblioteca del Crazy Guy. Just before I moved over I found a lovely original copy, in two parts, of Rossetti's parallel text edition of Troilus and Criseyde (Chaucer's Troylus and Cryseyde (from the Harl. ms. 3943) compared with Boccaccio's Filostrato [London: Pub. for the Chaucer Society by N. Trübner & Co, 1873]). I also picked up some of those parallel texts transcriptions of Troilus MSS in the Chaucer Society series. Very pleasing. Still in Oxfam on St Giles, I found a (cheap-ish) copy of the Z-Text facsimile (Brewer, 1994), prepared by Brewer and Rigg. In BW's, I found a lovely discounted copy of Claire Donovan's The De Brailles Hours (BL, 1991) which I very much enjoyed reading.

I have also received some books in lieu, such as the excellent facsimile of Bodleian Library, MS Arch. Selden B. 24, intro. Boffey & Edwards (Brewer, 1997), and Butterfield's collection of essays in Chaucer and the City (Brewer, 2006), which is extremely good. I also got some interesting Palgrave books, such as The Palgrave Literary Dictionary of Chaucer (2006); Baldwin's A Guidebook to Piers Plowman (2007), which looks very good; Cooney's collection Writings on Love in the English Middle Ages (2006); Edwards' Chaucer and Boccaccio (2002), which of course I'd read by did not own; Patterson's Temporal Circumstances (2006), most of which I've read before, but with a few new things; Tison Pugh's Queering Medieval Genres (2004); Martha Rust's Imaginary Worlds in Medieval Books (2007), which I have not read yet but am looking forward to; and Elizabeth Scala's Absent Narratives (2002).

It was however, when I moved over that I discovered G. David, a rather well-known bookseller here in Cambridge. There I found some marvellous things, mainly Chaucer editions and criticism (about 15 items or so) but other stuff too, such as Philippa Tristram, Figures of Life and Death in Medieval English Literature (London: Paul Elek, 1976) which I did not know. These books belonged to the late and lamented Derek Brewer, which he'd sold off shortly before he passed away. I feel unworthy to have them, but glad too.

A visit to Oxford last weekend for a very enjoyable birthday party provided the opportunity to return to BW's where a distinguished don was selling his books after retirement. Gawd. I hardly knew where to look. What I'm particularly pleased with is Mary Wack's Lovesickness in the Middle Ages (UPenn, 1990); Smither's edition of Havelok (Oxford, 1987); and Vantuono's edition of Pearl (Garland, 1984), though sadly vol. 1 only. I'm not exactly sure how good it is, but it is rather full. Vol. 2 seems utterly irretrievable. Anyway, there was lots of Langland too, which I wanted, but I restricted myself to Justice & Kerby Fulton's Written Work (UPenn, 1997), and then Bloomfield's PP as a Fourteenth-Century Apocalypse and Robertson & Huppé's PP and Scriptural Tradition. Very pleased with that haul I must say.

By the way, I managed to find a paperback copy of Volume 1 Foster & Boyde's Dante's Lyric Poetry. Yes, a paperback was printed of the first volume only, which I had never seen. I'm still on the lookout for the whole thing in h/b, needless to say. But I'm getting there. I also picked up some volumes (1, 6 & 10) of Tutte le opere di Giovanni Boccaccio, ed. by Vittore Branca (in 10 volumes, published between 1964-1998), but am still missing vols 2, 3, 4, 5/1, and 9, which I despair of ever seeing in the flesh. I also found a copy of Judson Boyce Allen's Ethical Poetic of the Later Middle Ages (Toronto, 1982), which is very hard to find and looks now like it was printed during the war the paper is so yellowed (in every copy I've ever seen actually!).

I'm afraid that this is just a taster of what has been going on this term chez miglior acque but I admit I'll have to cool it for a while. I have now been banned from using my debit card or credit card for a number of months. I may also need a psychiatric evaluation before I'm allowed them back.
Posted by Miglior acque at 8:36 pm 1 comment:

Just received news of the Interdisciplinary Virtual Conference to be held between 19-30 October 2009 on the subject 'Breaking Down Barriers'. This from the website:

In these days of increasing fragmentation and hyper-specialisation in academia, Compass aims to foster connections amongst scholars. To further this cause, Wiley-Blackwell and the Compass Editors-in-Chief are organising this online conference to promote interdisciplinary approaches.

The first Compass conference aims to cut across academic boundaries - within and between disciplines, between theory and practice, approaches and methodologies by providing a space for multi- and cross-disciplinary review.


In particular, we welcome papers on the sub-themes of:

Abstracts are invited for survey/review papers from the disciplines of History, Literature, Philosophy, Religion, Geography, Linguistics, Sociology, and Social Psychology. Preference will be given to papers which interest more than one discipline.

While the sub-themes reflect important intersections between these subjects, the overall theme of Breaking Down Barriers expresses the cross-period, cross-discipline remit of the Compass project. This conference represents our largest undertaking to date in the service of interdisciplinary collaboration.

The conference will be entirely virtual taking place online 19-30 October 2009. Participants can attend at any time during the conference, when it suits their schedule, to download keynote addresses, read and comment on papers, and take part in other activities. The conference will include all the sessions you would expect from a real conference including keynote speakers, workshops, question and answer sessions, and a book exhibit. Papers will be posted online along with commentaries for discussion and comment. Accepted papers will be published in special issues of the Compass journals.
Posted by Miglior acque at 6:31 pm 1 comment:

Miglior acque is pleased to announce that the 2009 Oxford Medieval Aspects and Approaches Conference will take place on April 3-4, and that it will be on the subject of Play. For further information and updates click here.

Posted by Miglior acque at 12:21 pm No comments: 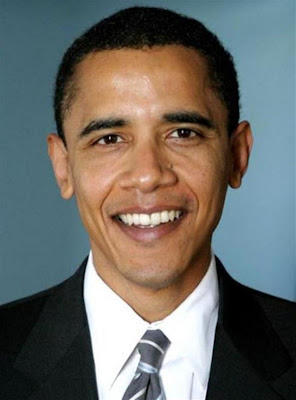 Posted by Miglior acque at 3:09 pm No comments:

Show Me The Money

I normally keep this blog fairly medieval and bookish in its interests but the past few weeks and the next couple of days are a little unusual for anyone who reads the newspapers and keeps up with what's going on. I am, of course, not eligible to vote in these elections and am reluctant to enter into any strongly politicized ramblings. I know who I'd vote for, but then, anyone who reads this probably would vote the same way. I am going to limit myself to a small observation.

It has been reported that Barack Obama's aunt is an illegal immigrant living in Boston. She appears to have had her application for political asylum, made in 2004, rejected by a federal immigration judge. The timing is suspect, needless to say. That such a leak might have come from a government official is certainly unethical and might even be illegal. Senator McCain has said that it is a family matter and out of bounds, though I think most grassroots and diehards will consider this yet another reason to believe that Senator Obama is not American.

This lady is 56, she lives in public housing, she has volunteered as a resident health advocate for the Boston Housing Authority, and has apparently recently stopped because she is recuperating after surgery on her back. It is clear the lady does not have much money, and according to the Obama campaign they have not been in contact for two years. She did attend his swearing-in ceremony as a Senator, but he was under the impression she had travelled from Kenya for that.

This is all a sad story of a woman in her mid-fifties, with no money, wanting to live in the US and getting sick there. Frightening, terrifying.

And what does she do: the Federal Election Commission lists a Zeituni Onyango in South Boston as making a series of contributions, totaling $265, to the Obama campaign, with the most recent contribution, $5, made on Sept. 19.

This lady's nephew is running for President of the United States of America, one of the most powerful and influential positions of political and social importance in the world, a man who is running with one of the richest war chests ever raised in a campaign that has seen some of the most extraordinary expenditure ever devised. She is just a few days away from potentially becoming a family member of the President. And what does she do? And she donates five dollars to his campaign.

This lady gave five dollars for her nephew to become the President of the United States of America.

I am trembling with admiration for her and for him. I hope that she recovers from her surgery, and I hope that he becomes President.
Posted by Miglior acque at 10:04 am 1 comment: